True SDN and the Networking Revolution

True SDN and the Networking Revolution 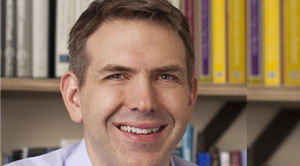 Software-defined networking (SDN) is so disruptive, that much of hardware-based networking will be replaced during the next few years with new architecturesalmost unrecognizable to today’s network engineers.

The biggest question is not if this transformation will take place, but when. The biggest obstacle is not the technology itself—it is human nature and the self-protecting tendency of established institutions to deflect fundamental change.

True SDN means Networking Hardware Ceases to Exist
True SDN only happens when the data plane and the control plane are completely separate, with all of the control plane and much of the data plane consisting of independent software. All forms of networking hardware — switches, routers, firewalls, load balancers, WAN optimizers, etc —cease to exist. There will also be no need for expensive and proprietary ASICs or NPUs. Standard CPUs, available at much lower cost because of their vastly greater volumes, will suffice.

Off-the-shelf servers, perhaps with more ports than found on current servers, will serve as the physical platform for the data plane—performing network operations as needed in addition to their traditional compute chores. These interconnected servers will form a mesh, mapping out connections among themselves, and will be managed as distributed systems by the control plane.

The control plane itself will likely be a free, open-source distributed operating system, in the same way Linux is at the heart of today’s servers, because customers will reject any attempt to lock them in through closed, proprietary control planes owned by a single vendor.

The Commercial Value of SDN will come via Applications on the Control Plane
Most of the commercial value in SDN will therefore come from creating applications that run on top of the control plane. These applications will
make network management easier, more efficient, more secure, and more powerful.

Savvy Start-ups will Redefine Networking
Such profound change will not happen easily, and won’t happen overnight. Some established networking companies will evolve; some will disappear. At the same time, proverbial “two engineers in a garage” start-ups will burst on the scene and redefine the networking landscape in ways no one can predict.

First the Industry will inch toward Change
Until then, networking incumbents are likely to advocate approaches that appear to move toward SDN but are really just using new technology to slightly improve existing processes rather than fundamentally changing the system. A software-defined switch that only serves as a drop-in replacement for a hardware switch— while perhaps cost-effective— does not move the industry much closer to true SDN.

SDN is in its Earliest Days
Networking now stands at crossroads reminiscent of the early 1980s, when personal computers first moved from hobbyists into the workplace. To be sure, the SDN revolution is in its earliest days. There are still many missing pieces that need to be built before SDN is ready to replace networking hardware in production environments. But it’s not too soon to get involved. After all, Bill Gates dropped out of Harvard University in 1975 to start Microsoft — six years before the IBM PC was introduced — because he reportedly believed he could not wait any longer to seize first-mover advantage.

Pioneers can start with Open-Source SDN Applications
In that spirit, my research team at Infoblox and I are contributing software to FlowForwarding.org, which is working on free, opensource SDN applications based on OpenFlow and Open Networking Foundation standards. We are not looking to commercialize these efforts. Instead, we are hoping to contribute in a small way to accelerating the arrival of true SDN. We encourage you to join us, or go your own way in creating something new. SDN is full of unexplored territory, waiting for brave explorers to stake a claim.

Bailey defines the technological vision of Infoblox, a global leader in network control solutions. Before founding the company in 1999, Bailey held a five-year stint as technical lead for the Laboratory for Advanced Computing/National Center for Data Mining at the University of Illinois at Chicago, where he led teams in developing advanced distributed data architectures.

How Cloud and AI Are Driving Forward Customer Engagement and Service...

For a Smarter City: Trust the Data, Ignore the Hype

Your website is the face of your company and is the most important...