Why It's Time to Move on from IT

Why It's Time to Move on from "IT" 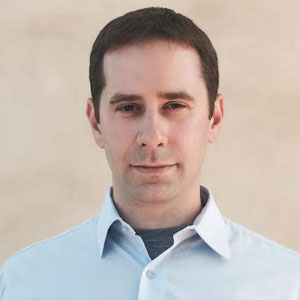 Omer Trajman, CEO, Rocana, Omer Trajman has led teams responsible for some of today's largest modern data management deployments, and worked with customers and partners to i...  More >>

When I say 'IT', what are the first thoughts that come to your mind? Email and Printers? The wait music on the help desk line? Or if you're a CFO, maybe it's cost and risk management. The label and structure behind “Information Technology” is out of date and it's come time for the industry to phase out the term IT. Back when businesses were adding information technologies like e-mail and file sharing in order to digitize existing processes, we needed a department to manage these tools. The most valuable companies in the world have long dismantled this archaic worldview, if they ever had it. Modern market leaders are run by technologists who define and create the tools they need in order to serve customers. They don’t have traditional IT departments, the whole company is IT.

Consider the now classic tale of Blockbuster and Netflix. Long before Netflix and chill, both delivered movies on physical media. Originally founded on an innovative approach to managing databases of movies and customizing local selections based on regions and demographics, Blockbuster was able to make the transition from VHS to DVD and even introduced streaming video before filing for bankruptcy. Netflix also started in the realm of physical media but was able to create the technologies they needed in order to redefine the market and deliver what customers wanted. Where Blockbuster created technology to customize a store, Netflix customized every individual's selection and took the convenience factor to a whole new level. By the time Blockbuster realized what customers wanted and instructed their IT department to change their technology, it was too late.

A similar story happened more recently between Yahoo and Google. It took Yahoo four years to realize the value of the search engine they started licensing in 2000 as well as the shift in how users wanted to interact with technology, and they have lagged behind Google in nearly every major product release since then. Meanwhile, Google acutely recognizes the ongoing technology-driven innovation at companies like Facebook and is structured to let technologists drive the business. Though they make plenty of mistakes (mostly when they try to copy others), Google knows that simply telling IT to follow their competitors will spell the end of the company.

Nowhere is the success of technology-run companies more apparent than Amazon. In two decades, Amazon has built platforms for selling everything from books and clothes to cloud software and movies. The drive of innovation at Amazon comes from a technologist’s core belief that technology must be created and used to anticipate opportunities and move the business. Right next door to Amazon is a case study in how the same company can flounder or thrive depending on whether technology is considered an asset that is bent to the will of the business or a strategic driver that directs the business. For decades, Microsoft built an insurmountable lead in business software. They weren't first to everything and their first attempt often failed, but they reinvented themselves time and again to win over multiple major markets. The stark contrast between when a technologist was at the helm compared to the years in between demonstrates the impact "IT" has on the trajectory of any company.

The trend towards technologists running the business is gaining momentum. As digital transformation becomes the subject of more board room meetings and the executive urgency to have deep visibility into IT grows, the next wave of successful CEOs will be digital natives and former CIOs, not the printer and fax people.

ESC Partners: Accelerating toward A smart Future for Cities And townships

What It Truly Means For IT Security To Bea Business Enabler

Policy is a Key Solution to Stopping Packaging Waste

Congestion-Driven Basis Risk, A Challenge for the Development of...