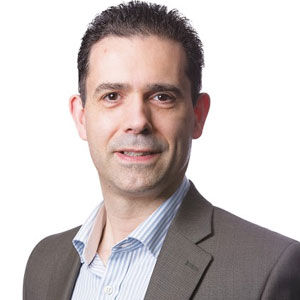 Matt Wright, CTO & Co-founder
Whilst developmental practices in the Oracle middleware space are improving steadily from an agile perspective, IT operations are struggling to move the developed components efficiently into production. “The reason is a straight-forward one, they are heavily dependent on manual processes,” says Matt Wright, CTO and Co-founder, Rubicon Red. This is where Rubicon Red MyST empowers Matt and his team to guide their clients into the adoption of agile practices by automating the DevOps process. Rubicon Red MyST is an end-to-end, advanced, and intuitive DevOps solution built specifically for Oracle Middleware that enables customers to quickly establish a standardized, repeatable, and automated process for provisioning and managing their Oracle Middleware infrastructure.

“We remove the bottlenecks from the current build and deployment process for our clients through MyST,” affirms Matt. MyST enables development and operations to work together as a single team so that the code is developed quickly and moved safely to production, resulting in faster delivery of solutions to market while reducing risks by eliminating human error and cutting costs. According to the CTO, Rubicon Red makes this entire process a self-funding initiative for the customer.

MyST fully automates the build, deployment, and configuration of Oracle Middleware applications. MyST generates optimal plans for every deployment without the need to implement complicated scripts or workflows, eliminating errors and simplifying on-going maintenance. “MyST allows clients to establish a single integrated process for automating the promotion of the Oracle Middleware platform configurations and application deployment through each and every phase of the software delivery lifecycle—from development and testing to production,” assures Matt. “The key component to this is treating the client’s Oracle Middleware platform as code for DevOps.”

MyST blueprints allow you to define an environment agnostic platform specification, which enables customers to roll out a standardized platform across all environments, ensuring strong governance and consistency.

This provides the all-important visibility across all environments. “Instead of spending two weeks for the provisioning of a single environment, clients are empowered to deploy one in under 60 minutes,” says Matt. “The build and deployment of code, is a simple two step process, which can be performed in minutes. It is all done with the push of a single button.”

For example, Inland Revenue (IR), New Zealand, was undertaking a major project to replace an end of life middleware that managed 90 percent of their integrations. This involved migrating several hundred JCAPS integration modules to a private middleware platform as a service for Oracle Middleware. IR was running on Oracle Exalogic with extremely aggressive time-frames as the JCAPS end of life was fast approaching. They leveraged Rubicon Red MyST to fully automate the provisioning of their Oracle middleware environments. “We started with the initial set-up of the 65 domains using MyST and delivered in 30 man days,” says Matt. From performing 10 to 30 deployments every few months, they are now deploying 100 a week across all environments. Defects due to configuration problems have reduced by 90 percent with an overall increase in quality.

Rubicon Red will continue to evolve with new technologies in the Oracle Cloud space to build support for those components into MyST, allowing clients to support development in hybrid environments for example, moving Dev and Test environments to the Cloud. “We will successfully achieve this through our philosophy of innovation which is to innovate rapidly by making small improvements, learn from it, and continue to develop and enhance on that improvement,” concludes Matt. 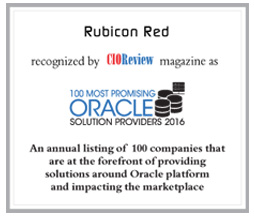 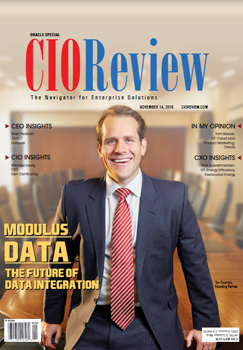